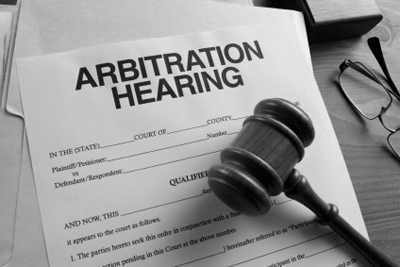 The first question many consumers ask about arbitration of lemon law claims is what “arbitration” is. Arbitration is an informal means of resolving legal disputes. It has some similarities to a lawsuit, except that instead of having your case heard in court by a judge and jury, it is heard by an Arbitrator, who is a private individual employed by an arbitration provider to hear and decide the merits of consumer claims.

Many consumers who suspect that their automobiles qualify for a buyback under California’s lemon law are told by automobile manufacturers that they MUST submit their claim to arbitration. But as set forth below, that simply is not true, and consumers should think twice prior to attempting to arbitrate their lemon law claims.

Arbitration of Lemon Law Claims is Not Mandatory, and Consumers Remain Free to Sue the Manufacturer in Court

Contrary to anything you may have heard from any auto manufacturer, you are not required to submit your lemon law claims to arbitration. Under California’s lemon law statute, arbitration is a strictly voluntary method of resolving a lemon law claim and consumers a free to accept or reject an invitation to arbitrate.

Should I Arbitrate My Lemon Law Claim?

In attempting to convince consumers to arbitrate their claims, auto manufacturers typically point out that you do not need an attorney to arbitrate your claim, that arbitration proceedings are typically resolved quicker than lawsuits, and that the Arbitrator’s decision is binding only on the manufacturer, while consumers have the option of rejecting the decision and pursuing a claim in court.

While all of these supposed “advantages” are true, they are not as beneficial to consumers as manufacturers attempt to imply. First, although you do not technically need to hire an attorney to arbitrate your lemon law claim, you can be sure that the manufacturer’s representative in the arbitration will either be an attorney or someone who is supervised by an attorney who arbitrates lemon law claims on a full-time basis (and therefore is as knowledgeable as an attorney about these particular types of legal cases). Moreover, not having to hire an attorney is really not much of an advantage at all. The California lemon law statute allows consumers to collect their attorney’s fees and legal costs from the manufacturer, and there are literally dozens of attorneys who specialize in lemon law cases and who take them on a contingency fee basis. So the manufacturers – not the consumers – are the ones who end up paying the consumers’ attorneys’ fees and legal costs in lemon law cases.

The second supposed advantage – that arbitration proceedings are resolved quicker than lawsuits is also true – but also comes with a cost. Arbitration is quicker because the parties have less right to discovery (i.e. the ability to force the other side to turn over information and documents and to depose their employees). But in a lemon law cases it is the consumers – not the manufacturers –who need discovery to gather evidence to prove their cases. So the “speed” of arbitration comes at the cost of making harder for consumers to prevail in their claims.

Unless you are pressed for time and simply have to resolve your lemon law claim as soon as possible, you are probably better off seeking a free consultation from one of California’s many lemon law attorneys and pursuing your legal claims in court, usually at no cost whatsoever to you. In court, you will be guaranteed the ability to gather evidence under California’s civil discovery rules, will be represented by a competent lawyer, and if your case is one of the very small minority of cases that goes to trial (approximately 97% of lawsuits settle prior to trial), you won’t have to worry that the jury will listen to an arbitrator’s reasoning for why you are not entitled to a lemon law buyback.

Want to get a free lemon law consultation? At the Vachon Law Firm, consumer consultations are always free. We’ll listen to your story, analyze your repair history and tell you whether or not we can help. What’s more, if we take your case we typically do so on a contingency fee basis for no money down. So you’ve got nothing to lose.

Call us today to find out more!